Then & Now – The Albuquerque Depot 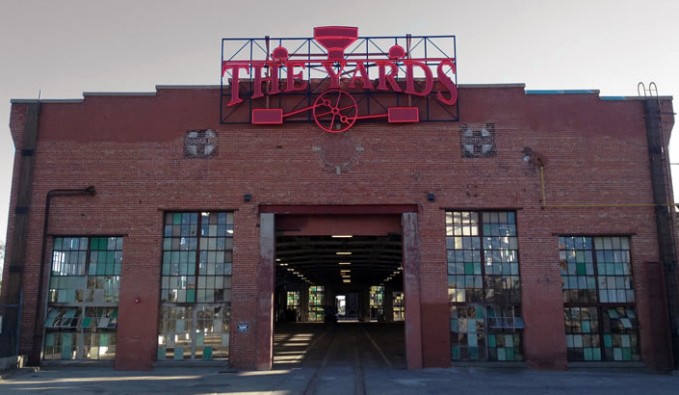 Today the Albuquerque Depot is home to the Amtrak Depot along with the New Mexico Rail Runner Express Depot.  The old turn table is gone, the old engine shop and machines shops have been restored for new forms of commerce such as The Rail Yards Market, an avenue for pop up markets and events.

The vacant railyard complex is also a frequent filming location. Such movies filmed there include Beerfest (2006), The Spirit (2008), Gamer (2009), Terminator Salvation (2009), and The Avengers (2012). The pilot episode of Terminator: The Sarah Connor Chronicles also used the railyard as a location. 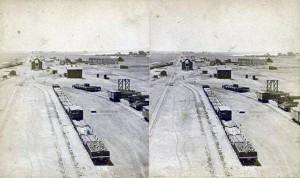 A photograph of the Albuquerque Depot back in 1881 looking north. 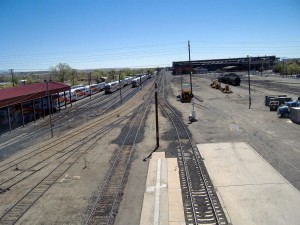 A photograph of the Albuquerque Depot looking north today for comparison to the 1881 photograph.

A historic aerial shot of the Albuquerque Rail Yards AT&SF rail yard in 1930. Here you see the old turn table that was built in 1925 and demolished in 1986. Photograph is from then The Frank Speakman Collection. 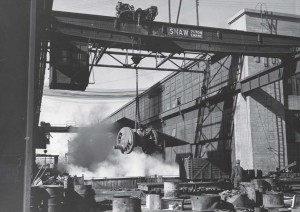 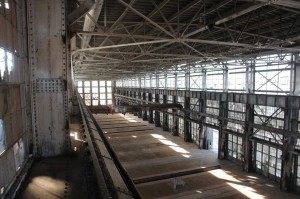 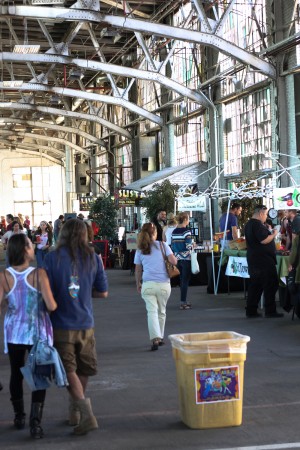 Today inside the machine shop. This photograph is of a pop up market put on by The Rail Yards Market in 2014.